Congree can be integrated in different content editors. Most of these editors are separate applications that run in their own process and provide an API for integration and content manipulation (e.g. Microsoft Word, Adobe InDesign, JustSystems XMetaL Author). Each editor's API is very specific. Congree has to use different approaches for integration. However, there are also many editors (e.g. Richedit, XMAX etc.) that do not have their own process and are designed to be placed in other applications. Obviously, Congree does not know how to integrate itself into these applications and has no connection to the built-in editors. In order to cover this scenario, Congree provides the API for ISV applications. The API can be used to by various applications that use built-in editors to integrate Congree. The API is COM specific (https://en.wikipedia.org/wiki/Component_Object_Model) and therefore can be used by programs written in different languages.

The basis is the following idea:

Congree knows about the editor type. Currently, the following types of editors can be passed as parameter of CreateControlContext: The Congree API for XMetaL XMAX, Congree API for Proxy Editor.

Congree also provides a standard Congree toolbar which has its own ID and can be also embedded in AxPlaceHolderControl.

Contracts are presented in the notation of the Interface Description Language (IDL) (see http://en.wikipedia.org/wiki/Interface_description_language).

Initialize the Congree application. You should call this method after creating the ICongreeBootstrapper. Use thirdPartySystemIdentifier parameter if it is necessary to initialize Congree with predefined third-party system identifier.

Remark: The thirdPartySystemIdentifier can be empty

Remarks: You should call the Destroy when the instance of Congree is no longer in use.

Creates the instance of ICreateControlContext which binds the editor (control) with Congree placeholders.

VARIANT control - The COM object that defines the editor. E.g it can be specific ActiveX control or other well known for Congree COM object which provides access to the editor.

Remark: Each placeholder is used by Congree as the container to place inside the specific Congree panel (e.g. Terminology Research Panel). The placeholder is the ActiveX object, which is installed with Congree and registered in the operating system. Thus, for example, if you are using WinForms, you can simply open the list of ActiveX components and drag the AxPlaceHolderControl to the form. For each Congree panel you want to use in your application, you need to create an AxPlaceHolderControl.

Returns a collection of IPanelInfo.

Remark: IPanelInfo provides information about Congree panel. Congree is modular application and consists of many modules (extensions). Each module implements its own collection (one or more) of Congree panels (e.g. Language Check Panel, Authoring Memory Panel, Terminology Research Panel and so on). The PanelInfos contains description of each available Congree panel from all loaded modules.

You can disable module via Extensions page in the Congree Authoring Client settings.

Returns the instance of IAuthorizationManager.

The instance of IControlContext is responsible for binding external editor (control) with Congree placeholders (AxPlaceHolderControl).

Adds new placeholders to the control context. With this method you can dynamically add some Congree panels.

Remark: This can be useful in the following scenario:

Releases the certain placeholder from the control context.

Remark: You should use this method to release the placeholder from the certain context when, e.g., user closes some window which contains the placeholder.

Updates contents of all placeholders of the control context.

Remark: This method should be used when you have shared placeholders for different control contexts (see Fig.3). This scenario is useful when the application is MDI (https://en.wikipedia.org/wiki/Multiple_document_interface). Typically, an MDI application has many documents and one instance of each Congree panel. Thus, Congress displays the results of the check for the active document (Editor control). Congree knows nothing about the fact which document (Editor control) is active for the application. To inform Congree for which document it is necessary to display the results of the check, the application has should call the UpdatePlaceholders for the control context associated with the document (Edit control).

Returns the editor control passed to the CreateControlContext method of ICongreeBootstrapper.

Returns the instance of IReporting.

A set of placeholders can be created for each instance of the editor (Fig.2) 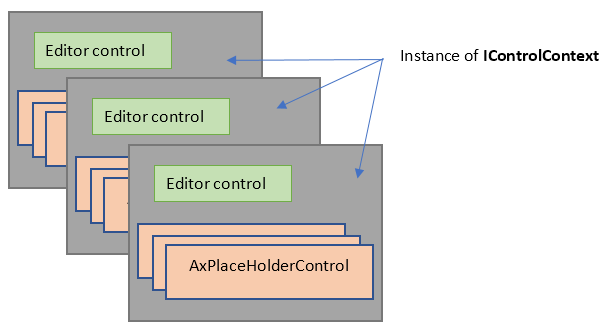 Fig.2. Each control context has its own set of Congree Authoring Client placeholders.

They can also be shared between different instances of the editor (Fig.3). 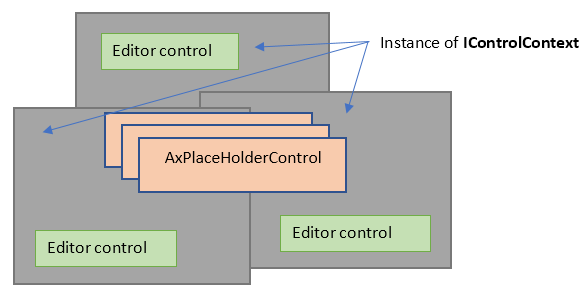 Provides information about Congree panels. Congree is modular application and consists of many modules (extensions). Each module implements its own collection (one or more) of Congree panel (e.g. Language Check Panel, Authoring Memory Panel, Terminology Research Panel and so on).

Remarks: The ID is used to specify the Congree of what type of Congree panel should be placed in the placeholder. For more information, see the description of IAxPlaceHolderControl.

Returns the official name of a particular Congree panel.

Remarks: Application can use this name, e.g., in menu or as a caption for the windows in which the Congree panel is embedded.

This instance of IReporting provides access to a check report for a particular document. The report is gathered based on information received from the loaded modules (e.g. Linguistic Check and so on.).

Returns the check report. The report is XML based document.

Returns the XML document as string which contains the report.

Congree allows embedding Congree panels (such as Language Check Panel, Terminology Research Panel and so on) in other applications. The AxPlaceHolderControl (ActiveX) component is used as a container for the Congree panels. This ActiveX control is installed with Congree and is registered in the operating system.

Thus, you can immediately use it in your application as, e.g, it is shown in Fig.4. 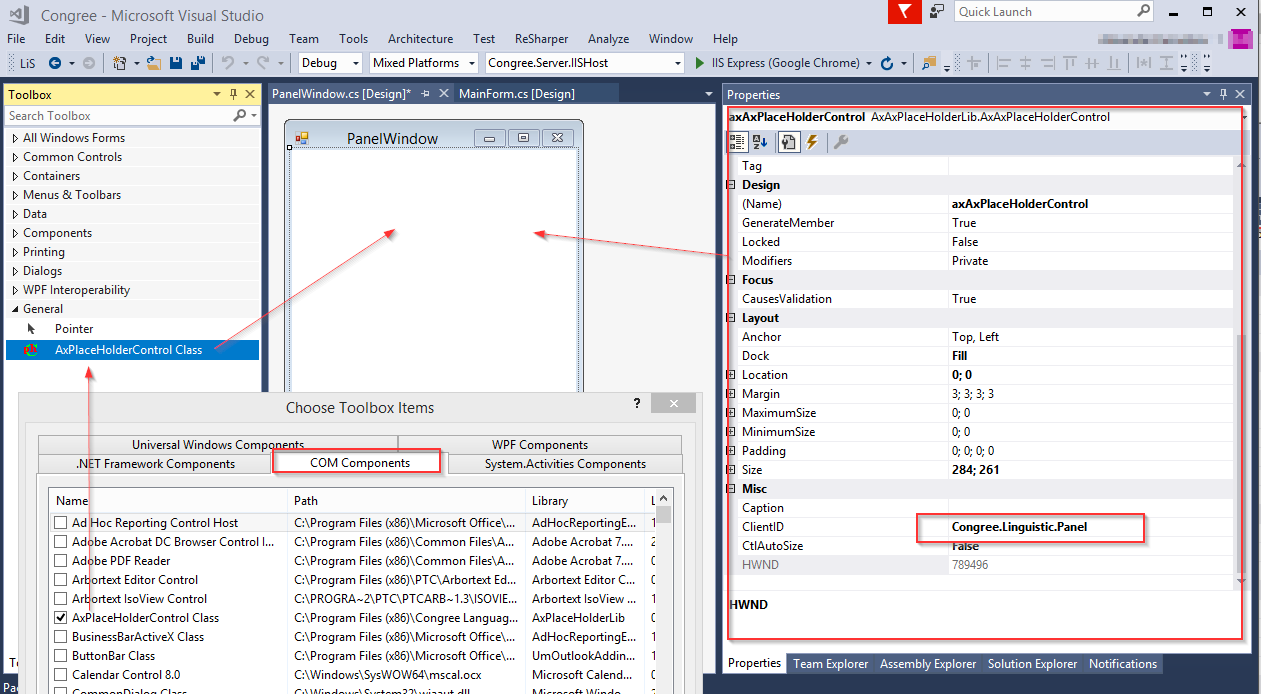 Fig.4. The AxPlaceHolderControl ActiveX control embedded in a WinForms application

The IAxPlaceHolderControl exposes the ClientID property. This property has one of the predefined values from Table 1. It has to be set by the application in advance, before an instance of this object is passed to the function CreateControlContex.

The value of the ClientID helps the Congree to understand which type of Congree panel should be embedded in the appropriate placeholder.

The list of possible values can be found in Table 1.

It is also possible to get this list dynamically through the ClientID property of the IPanelInfo interface. 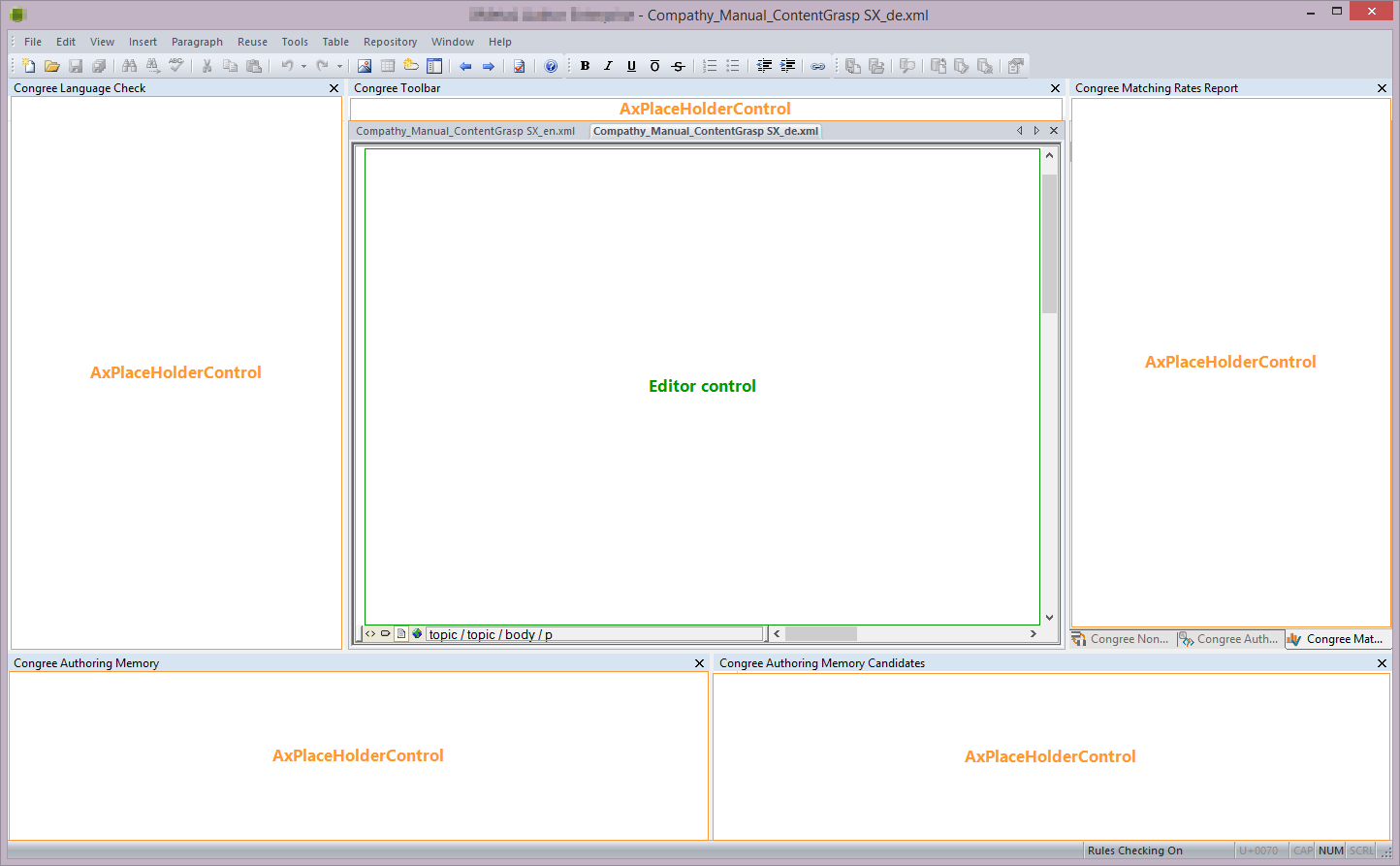 Fig.5. The layout of application which embeds placeholders for different Congree panels 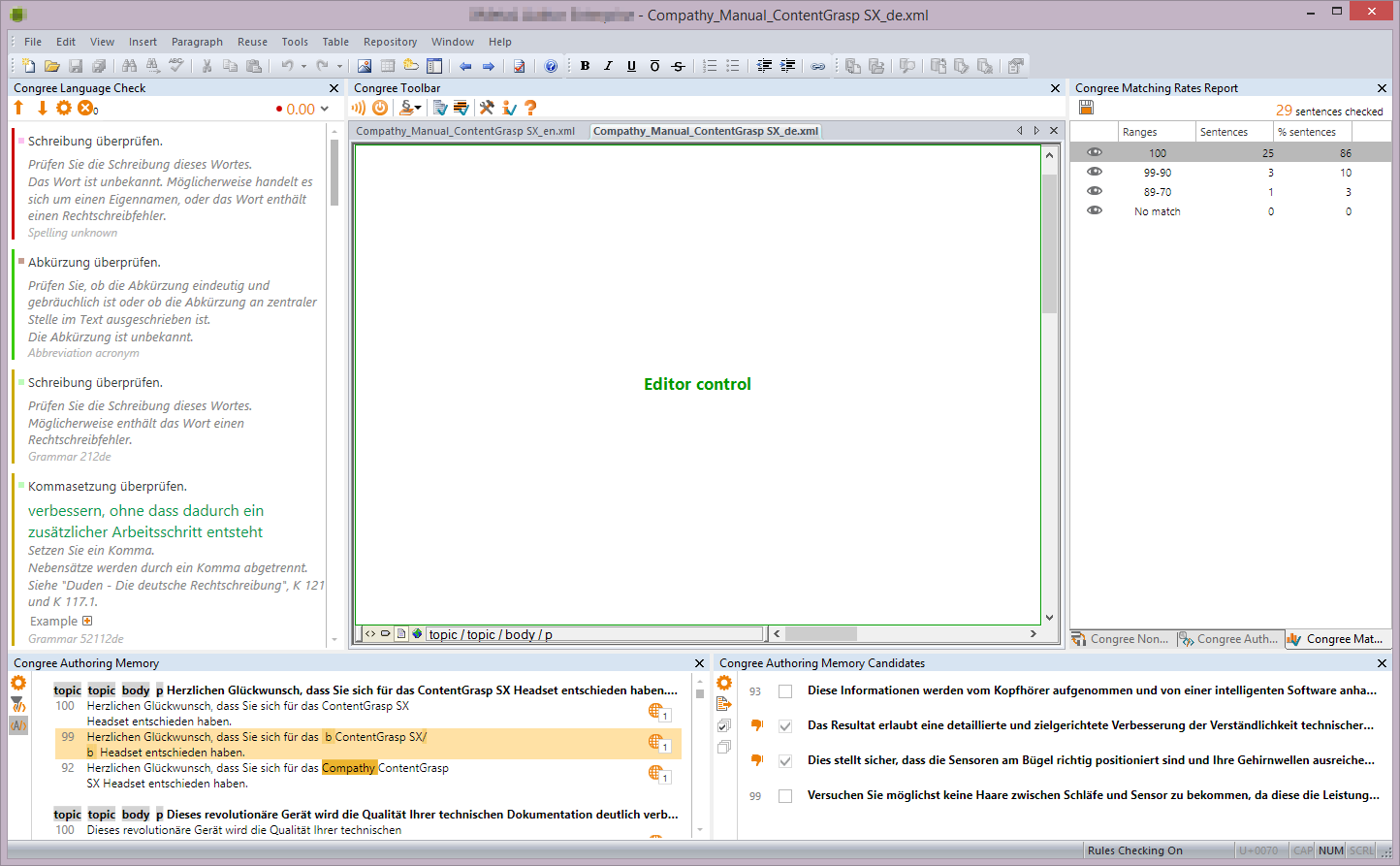 Fig.6. The application with loaded Congree Authoring Client panels in the corresponding placeholders

Some applications want to control the process of logging in and logging out Congree themselves. These applications may use a different type of authentication as well. Therefore, the application can use IAuthorizationManager.

Logs in Congree and locks the license.

Remark: Some type of authentication requires additional parameters, such as, for example, a login and password. Before the Login call, set the required authentication type via SetAuthenticationType and credentials via SetClientCredentials.

Logs out and release the license.

Remark: It is better to pass the Guid, because the display name is localizable.

"Trust Domain", "Trust Windows" use current user Windows identity credentials and do not require additional arguments. The authentication types such as "Congree", "Trust CMS" require username and password / username correspondingly. To provide them the instance of IUserNamePasswordClientCredential is used.

The IUserNamePasswordClientCredential is designed to set Congree Authoring Client credentials from code, rather than from the login dialog. It provides methods which allow the application to specify the user credentials.

Sets or gets the user name.

How to use this API